Igbo Position on Nigerian Restructuring By Osita Ebiem New York[RR]Biafra-Nation–The need to restructure the Nigerian state has gained a populist currency in the past few years. Especially, since the beginning of this year, 2017 it has become a consensus call coming from almost all the ethnical, political and geographical sections that make up the corporate […]

New York[RR]Biafra-Nation–The need to restructure the Nigerian state has gained a populist currency in the past few years. Especially, since the beginning of this year, 2017 it has become a consensus call coming from almost all the ethnical, political and geographical sections that make up the corporate Nigerian state. Recently the champions of this call for a new and different Nigeria have gained an overwhelming numerical strength. Therefore their voices are increasingly getting stronger, louder and urgent. The fear and seemingly mysterious fog that earlier surrounded this now deafening call for change and the enthronement of a new order seems to have suddenly cleared up. And now with a clearer picture the argument to restructure Nigeria becomes more compelling and can simply not be ignored or wished away any longer by those who traditionally oppose it.

As the days go by the rank of those in opposition of a restructured Nigeria continues to decline and pale in the face of so many incontestable and overpowering evidences in support. It has now become clear that the current Nigerian state does not and cannot work as it is presently structured. Therefore, the majority of the country’s stakeholders have finally accepted that the existing Nigerian state structure is not viable and cannot be sustained any much longer. Many genuine patriotic Nigerians are seeking for real solutions and a considerable majority tends to believe that what is needed is a Nigerian country that works on a structure where the diverse ethnical, political, religious and social units are forming a confederating union.

Nigeria currently exists on a structure that is centrally controlled or administered – a federal government. It has been like this since the military intervention in the government of the country in January, 1966. In order to effectively control the political turmoil and mayhem taking place in the Western Region of the country and forestall the unconscionable corruptive and overarching manipulations of the federal power by the politicians who wielded its reigns, the army which took power through a military coup d’état adopted the federal government structure effective immediately. During the past 50 years, practical experiences and ensuing events have shown clearly that this centralized control of natural resources and political power is not working for the country: Hence the need for something new, something different.

That something new is the now much talked about restructured Nigeria. An important highlight of this now popular and highly recommended restructuring is the fact that the advocates want much of the powers for the day to day running of the grassroots components of Nigeria to be vested in the local governments of the different contiguous regions. Restructure advocates want the federal government to be stripped of the control of much of the powers which it hitherto has. Some of those powers which are presently exclusively and entirely reposed on the federal government are natural resources control, education, law enforcement, etc. The advocates of restructure contend that they want especially the control of natural resources, law enforcement and education to be decentralized and devolved to the regional centers. Most importantly, the advocates argue that this envisaged new arrangement will enable the different regional power centers to develop and grow each at their own pace, without unduly interfering with or holding up their neighbors. It is expected that with this new arrangement the central government can exclusively control the collective national military, external affairs, some aspects of the judiciary and other matters as are determined to represent a federal Nigerian image and interests.

Basically, what most of the advocates of restructure have in mind is that they still want to preserve Nigeria as a unit – one Nigeria must exist no matter what. Perhaps, they are convinced that because the different incongruous ethnical, cultural and religious groups of peoples within the fictitious geographical enclave have stayed together long enough and successfully established amongst themselves some inseparable familial bonds. As a result, the love of country and fellow citizens has become deeply ingrained in the peoples. In their mind; by some magic the forced Nigerian marriage has finally turned into love and bliss affair and, no one should put asunder the sacred bond of one Nigeria which was joined together by foreigners – the officiating colonial British priests.

It is not difficult to see that the advocates for this new structure believe fervently that the fire of Nigeria’s national brotherly love now burns so wonderfully bright. That the peoples of this dreamed of nirvana new one Nigeria can actually build a communal fire in a faraway imaginary center and still get warmed up in their various separate semi-autonomous regions so long as they all go by the name “Nigeria.” These Nigerian patriots like some sinister manipulative spouse abusers are trying hard to impress on the different ethnical, religious and cultural Nigerian partners that they will be nothing and cannot exist without attaching themselves to the “one Nigerian” fiction. In this way the manipulating restructure advocates believe they have sufficiently convinced the irreconcilable peoples and that they now believe that they cannot exist on their own if they did not append themselves to the one Nigerian elixir.

The ethnic Igbo people of eastern Nigeria are a part of this present Nigerian union. When the time comes, Igbo people are also expected to form a part of this proposed restructured one Nigeria. But for some obvious and fundamental reasons the Igbo cannot possibly be a part of this planned new Nigeria, no matter how attractive. On the 29th of May 1966 the Igbo renounced forever their Nigerian citizenship. On that date Nigeria as a state and its other citizens began to ethnically cleanse Nigeria of its Igbo inhabitants. Subsequently, the outrageous hate induced Nigerian mass murder and expulsion of the Igbo from the country was advanced further. After the Igbo had been successfully expelled from Nigeria, the Nigerian state and all its citizens embarked on a premeditated genocidal war campaign against the escaped Igbo nation. Nigeria’s declared intention at the outset of the war was to wipe out the Igbo as a people from the Earth. Nigeria actively pursued that goal by mustering a viscous merciless host of men and machines and attacked the Igbo in their ancestral homeland where they ran to take refuge. Consequently, a quarter of Igbo population was murdered by the Nigerian state. Of the 3.5 million easterners or former Biafrans murdered by Nigeria, 3.1 of them were Igbo people.

Fifty years since this grievous atrocity, the Nigerian state and all its other citizens have consistently refused to acknowledge any wrongdoing. Instead Nigeria and Nigerians have remorselessly maintained that the heinous genocide of the Igbo should not be counted as crime. Thus emboldened, since the past fifty years Nigeria has pursued systematic state policies that are geared toward the persecution, the marginalization and exclusion of the ethnic Igbo from the Nigerian social, political and economic affairs. The ultimate aim of everything of course is to finally exterminate the Igbo. Truly, the unrepentant Nigerian program of the genocide of the Igbo remains an enduring project.

For these and other reasons, the Igbo have resolved that they will not have any part in the proposed restructured new country of Nigeria. The Igbo have unambiguously stated that they are not interested in going into any union with any other national group in Nigeria. Therefore, while the Igbo wish Nigeria and Nigerians well in their quest to finding a workable solution to their national problem, the Igbo have unequivocally opted for a separate Igbo identity and the separation of their territory from the Nigerian state. 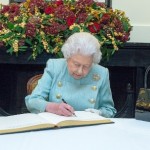