Update: Taking the Buhari/Jubril story seriously–Punch Newspaper New York[RR]Lagos-Abuja–Abimbola Adelakun–Those who refute the story of the substitution of President Muhammadu Buhari with a certain Jubril of Sudan typically deny the possibility of such and then descend to name-calling the conspiracy theorists spreading the rumour (let’s call them the Jibrilists). This approach seemed to have further […]

New York[RR]Lagos-Abuja–Abimbola Adelakun–Those who refute the story of the substitution of President Muhammadu Buhari with a certain Jubril of Sudan typically deny the possibility of such and then descend to name-calling the conspiracy theorists spreading the rumour (let’s call them the Jibrilists). This approach seemed to have further strengthened the conviction of the Jibrilists who take the virulent denials as proof they are on to something. Those who have tried to discredit the stories based on objective facts might be missing the point. Not all stories are evaluable based on objective reality alone, and that is why scholars parse even rumours, urban legends, and mythology. Such narrations too are also considered an expression of the truth of a society’s situation. When a story feels true as against whether it is objectively true, it also measures the social impulse.

I doubt Nnamdi Kanu and his IPOB people who started spreading the story knew it would take a life of its own. To say otherwise would be ascribing too much sophistication to their ability to make mischief. Kanu’s narration about Buhari’s death and subsequent replacement with a decoy is so silly one cannot but laugh at the puerile imagination that spawned it. However, looking beyond the surface of that story, one sees Kanu arrogating a mystique to himself. By claiming that the mere sight of him in court in 2017 made Buhari collapse and eventually died, he is boasting of his formidability against a powerful government with weapons to kill, to repress, and to destroy.

I think he has earned that right. From a practically unknown entity tolerated for his nuisance value, Kanu has written himself into Nigeria’s history, no thanks to Buhari’s stubborn stance on his issue. Now, Kanu is magnifying himself in public imagination, and he is using Buhari to spin a yarn about his impregnability. How better could he have claimed invincibility than by declaring that the mere sight of him irritated his enemy so much so that the man died in frustration? Thus, according to Kanu, if Buhari appears to be still alive, it is because there is someone else is masquerading as the President. He, Kanu, by the mere force of his physical presence, has vanquished the original Buhari.

It’s not enough to designate those who believe Kanu as crazy; one should also understand the underlying factors that underscore their credulous reception of such a bizarre story. One is recent history. Most of the Jubrilists have witnessed the extent African leaders go to maintain their hold on power even when their bodies are not healthy enough to sustain the rigours of office. Nigeria, particularly, has a history of presidents (and ironically, all from the same region of Nigeria) who cling to power despite debilitating sickness. Buhari too has been sick, and he has been shady about it. We do not know what ails him, whether he is fully recovered, and what to expect. No, the drama around Buhari’s health condition has not taken the ruthless turn of Sani Abacha’s own neither have we descended to the level of the pranks that marked Umaru Yar’Adua’s last days. However, there are already similarities between those previous instances and Buhari’s health condition, his body’s ability to withstand the demands of his office, and his lack of integrity to admit when he can no longer cope. Those who witnessed how Buhari’s predecessors who died in office handled their health issues before they yielded to mortality are filling the gaps in what they know with the imagination of another grand deception being staged by a cabal that wants to remain in power by every means possible.

That leads me to the second reason this story reverberates among the populace: alienation. The fiction of an impostor President makes sense to those who believe it because it speaks to a certain feeling among Nigerians, and that is the sense of alienation between the ruler and the ruled. The “Jubril” and “Sudan” tropes are playing out of their imagination as an articulation of the gnawing distance between the so-called leaders and the people. They have Sudanised alienation, and alienised Sudan to make Jubril the perfect metaphor that expresses the estrangement of the Presidency from Nigerians. Jubril is a metonymic substitution of President Buhari’s real body with that of an alien, a fraud; one forced on us by power mongers who want to retain power by every means possible.

What Nigeria runs is no longer a government of the people by the people and for the people. It is a government of some people by a person we no longer recognise for the benefit of a few people who know themselves. Buhari’s government operates like a cult run by a cabal, and you can tell by the number of things Buhari is said to be unaware of. To shield Buhari from responsibility, they always say he is “unaware” of this and that. His wife, Aisha, on Tuesday confirmed that two people are holding his government hostage. It is therefore not surprising that Jubril is an outlet for people to express their irritation with a government that is absent from itself. The sentiment among the Jubrilists is, we do not know if Buhari is dead or alive, but long live the Jubril of Sudan!

Everything about Buhari’s present conduct is a far cry from what they promised he would be if he made it to power. The Jubril of Sudan myth expresses the increased dissonance between the “real” Buhari whom we were told would be so compelling that corrupt people would go on a self-imposed exile when he becomes the President vs. the one whose farce is fast collapsing under the weight of its contradictions. I am not surprised that some people think a literal alien has taken over his body and he is remote-controlled by a cabal of puppeteers.

ince he became President, Buhari has had only one media chat. He does not speak to journalists, never grants interviews, and never addresses the nation. Even Donald Trump that moans that the US media is “the enemy of the people” still grants interviews to the same left-wing media houses he frequently insults. Buhari, no. He has firmly locked himself up in in Aso Rock. He came out once to address a joint press conference with Emmanuel Macron of France when the latter came visiting and disappeared again. The only time Buhari addresses germane issues about Nigeria is when he does so abroad, and even then, he has no word in season to offer anyone beyond his narcissistic self-righteousness. Now, there are already strong indications he will not also show up for the coming presidential debate but will send his deputy, Yemi Osinbajo. He lacks that much regard for Nigerians yet feels entitled to rule over us.

As the Commander-in-Chief, he sends soldiers to fight Boko Haram. Even though scores of them die in battle, he has never been moved enough to call their families and address Nigerians’ concerns about the Boko Haram war. The same goes for the deaths of Nigerians in the hands of both Boko Haram and herdsmen. He has remained cold through all these periods of national tribulations, never mustering enough fellow feeling to speak on these issues. Such responsibilities, when taken up by his aides like Garba Shehu, yield nothing but witless press releases. Buhari remains emotionally distant from Nigeria and Nigerians, an observation that so troubled his aides they created a documentary to tell us that he has a human side. Yes, as if all along we did not know that he is an extra-terrestrial being from an alien planet with a teeny-weeny side of a human attached to the machines that operate him! 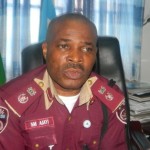